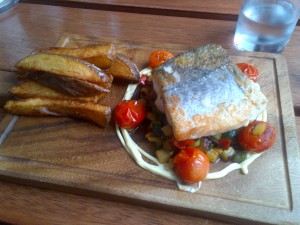 The former accolade goes to Café Fish, where we had a superb night, on the weekend of the Scotland v Italy rugby, with friends from Rome. Truly, it was beyond excellent. It was one of the year’s lowlights when we heard that it had closed down, in October.

The second accolade goes to Field, which aside from morning coffee stops (now split between Castello, Razzo, and Papii, in the main) was the place I visited most regularly, throughout the year. In four visits, I haven’t had a dish that’s been less than excellent. 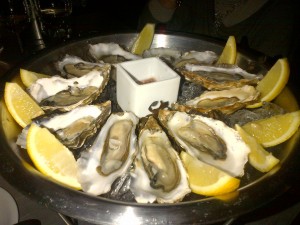 When you add in really good meals at Earthy Three, Vinyasa, and Michael Neave, then my first pilgrimage to the Sicilian Pastry Shop, it really was quite a month.

Out of all of these riches, The Drop, a coffee shop on the corner of South Bridge and Infirmary Street, which was open for only around a month or so, was the busiest post of the month. The chaps who ran the place subsequently ended up at Espresso Mondo, but I think moved on from there, too, but the time the year was out, so a rollercoaster ride for them.

Lowlights were few, but I didn’t like The Blackbird, with a very poor burger served up, and Bar Soba wasn’t up to much, but generally this was a great month.