Having turned our brains to mush following our wine adventures on Friday, then Aberdonian merriment in my case, and wedding jollity in Kathryn’s case, on Saturday, Sunday evening had to contain something altogether more calm and relaxing.

Cue a little trip to the cinema for a liberal dose of romcom hilarity followed by a stop in Broughton Street’s Smoke Stack, for a late, late quest.

The Smoke Stack offers a simple menu, focussing on steaks and burgers, with a few additional dishes to appease those of genteel palette who find themselves unwittingly dragged along by voracious carnivore pals.

We were greeted by friendly staff, a lightly populated restaurant, and our choice of tables. We settled upon a spot near the window.

From the clear and concise menu, I opted to start with calamari. K had already had a ‘starter’ of salty buttered popcorn from the cinema, so contented herself with helping my out with the squid. 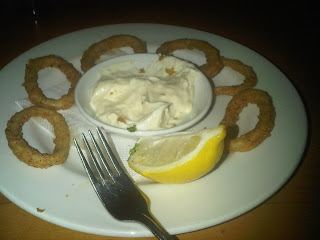 As well as my synapses only functioning at around 30%, my ability to bite through squid rings seemed much impaired, this evening. I made a bloody mess of the dish, from beginning to end!

The coating had good crunch and was well seasoned. The squid itself was pretty good. The garlic mayonnaise dip was nicely judged, delivering good flavour without tending towards vampire repellant. The portion was a generous size (it leant itself well to multiple participant eaters) and was soon devoured.

To follow, K opted for a medium-rare rump steak, with a garlic butter sauce, and chips. I plumped for a rare fillet steak, with mash.

At one point, I used to eat a lot of fillet, but these days I tend to go for one of the more flavoursome cuts. Sometimes it’s good to revisit your old bad habits, though. The good-sized hunk of meat looked a little lonely on the plate without a sauce (the single leaf of chard on the plate was a very odd piece of presentation, I felt), but once I’d scooped some mash and added a little mustard, it looked more like and actual meal. 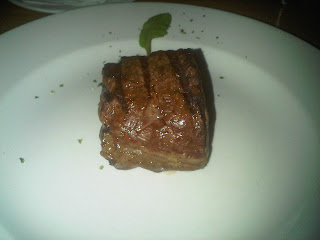 The meat was very nicely not cooked, and reminded me of my previous fillet experiences. Given its extreme leanness, the experience is often more focussed on texture rather than flavour. This was broadly what was on offer here. I was pleased with the meat, but it was a little unremarkable. 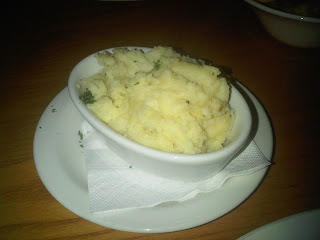 The mash was beautifully understated and provided an excellent accompaniment. 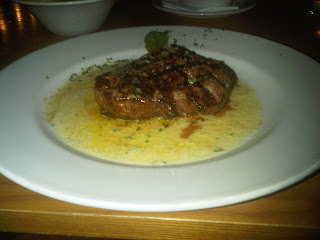 K was pretty pleased with her accurately cooked rump steak. I sampled her chips and can verify that they were pretty good. 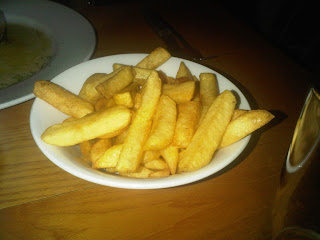 I finished with a good-quality espresso, bringing a lovely evening towards a rich dark end. 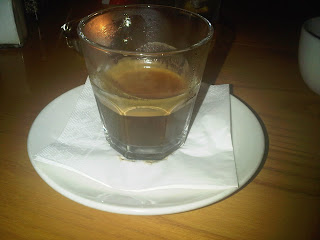 Overall, the Smoke Stack seems to me to be a reliable steakhouse. It’s not massively original or hugely memorable, but I wouldn’t be averse to popping in again, next time steak is the sustenance of choice.