I’ve spent the vast majority of my life walking upon and down Haymarket Terrace on a daily basis. The shop on the corner of Rosebery Crescent used to be an old style general store – was it called Stonehouse? – but more recently sold rugby supplies. 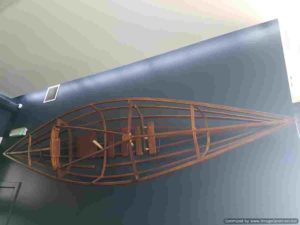 With that place’s recent demise a comprehensive refit saw Nomad take things over as a cafe.

I’ve visited on a number of occasions and been impressed by the audience they have connected with but been less enamoured of the quality of the fare on offer.

Having decanted from the train at Haymarket, I wandered across the road to give it another try. 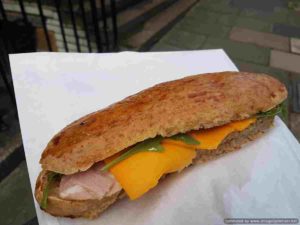 I sampled their Matthew Algie espresso which was typically poor. At £2.55 for a double – I had a single on this visit – it’s very overpriced.

Their sandwich offering is pretty standard. I chose the ham and cheese variety. With items paid for I ate on the go.

The sandwich was extremely weak with tough bread and really mediocre filling. It was as spiritless a sandwich as I’ve had in a while, and that includes my recent rant about the sandwiches at Sainsbury’s.

So overall, Nomad is doing a great job of using an advantageous location to connect with a broad audience. But what they offer in terms of food and drink is extremely poor. I would caution you against visiting.

I ate: ham and cheese sandwich

The Counter on the Canal